Are they insane or schizophrenic or just assholes?

So since Donald Trump took office the Democrats go against EVERYTHING he wants or suggests. Back before Obama was elected the Democrats were calling Republicans the Party of NO. Now look who says no to EVERYTHING. The damn Democrats. They were also saying the Republicans were led by a bunch of old white guys. Now look at the Democrats, led by a white woman, Nancy Pelosi who is 79 and there is Bernie Sanders – 77 and Barbara Boxer – 78 and Joe Biden – 76 and Dianne Feinstein – 85 and crazy Maxine Waters is 80 and there is more. We definitely need term limits. The only problem is these old assholes will be grandfathered in. WTF.

The Mexican wall and illegal aliens.

It wasn’t long ago the Barrack Obama talked of securing out southern border and all the little Borg, I mean Democrats were in agreement. Now that Trump wants to do THE SAME DAMN THING it is inhumane and THAT’S NOT WHO WE ARE. Bullshit that’s not who they are, the Democrats that is, because we ALL know they want these people here because they are votes and Hispanics by in large vote Democrat. https://www.politifact.com/truth-o-meter/statements/2017/apr/23/mick-mulvaney/fact-check-did-top-democrats-vote-border-wall-2006/

I am sick of these asshole Democrats like something if it is their idea but if it’s Trump’s idea forget it. Hello, America, Democrats don’t give damn about their own constituents or anyone else. They have what is being call Trump derangement syndrome. If you vote for them you are as crazy as they are and as hateful. The Democrats are THE PARTY OF HATE.

More examples of the Democratic insanity.

It wasn’t long ago that the Democrats were calling for James Comey’s firing. Almost all the top Democrats wanted him fired. THEN when Trump does fire him they accused him of breaking the law, obstruction of justice. Minority leader Nancy Pelosi, Chuck Schumer D-NY, Steve Cohen D-Tennessee, Senate Majority leader at the time Harry Reid, Hank Johnson D-Georgia,  Maxine Watters D-Los Angeles, G. K. Butterfield D-North Carolina. These and other Democratic assholes couldn’t back pedal fast enough when Trump did fire Comey. The Democrats blamed Comey for Hillary losing the election so apparently Comey had to repair the damage and he got a friend to leak his memos to the media which in turn started the Mueller investigation. What a crock of shit. They blame Comey for the loss then use him to start a collusion with Russia investigation.

Personally I think the Democrats should pay the American people for the 25 million or more wasted on this from their coffers. Put it in Social Security. Then they should pay for this ludicrous aftermath that Nadler and others are chasing. Maybe if it cost THEM money they wouldn’t be so damn free with spending.

They have accused Trump of obstruction, AGAIN. They are claiming a Constitution crisis which THEY created. And accused AG Barr of lying to congress. That is rich when Kamala Harris lied to congress about having evidence on Brett Kavanaugh that we are still waiting to see. Then Nadler lied to congress and said he had evidence of Russian collusion. Then why the hell didn’t he give it to Mueller? We are still waiting to see that too.

Now the Mueller investigation is over and it was a nothing burger.

So the liberal media doesn’t know what to do now that there was NO COLLUSION. We knew that from the start. This was all a waste of money and was essentially started by James Comey leaking his memos through a friend to the media. Why Comey isn’t in jail is beyond me. He even admitted leaking the information. This guy is an asshole. Even now he won’t keep his mouth shut.

Then there is Jerry Nadler from NY a democrat in congress  that is driving more investigation because Mueller found nothing so they want Mueller to testify. This is bullshit and an abuse of power. Anyone know who Boris Bedenov from the Rocky and Bullwinkle show was? Nadler looks just like him but then Nadler is a cartoon character. He says we are in a Constitutional crisis I guess because they found NOTHING on Trump. 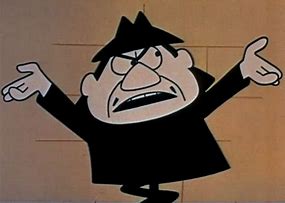 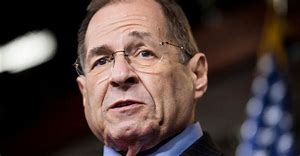 In case you didn’t know Bedenov was the BAD BUY in the Rocky and Bullwinkle show much like Nadler. The Democrats are driving the bus right off the cliff and are too dumb to know it. Nadler will make a lot of noise and find nothing because there is nothing to find. The Dems are particularly interested in Trump’s tax returns. This has become the thing to do for presidential candidates to do when running for the presidency. Screw that. There is NOTHING in the Constitution that says a candidate has to do it but the Democrats don’t care they want them and will stomp their feet trying to get them.

What I want to know is why no one that is running now has turned over THEIR tax returns? What I want to know is why every time these losers run for congress why they don’t have to show their tax returns every time they run. Let us see where their money comes from and who it comes from. Take crazy Maxine Waters who makes 174,000 dollars and lives in a 6000 sq. ft. mansion that cost 4.8 million dollars in one of the richest parts of LA which is not the district she represents. HOW IS THAT POSSIBLE TO AFFORD THAT MANSION? The old hag is 80 damn years old and a crook to boot. She paid her daughter 750,000 dollars to mail campaign flyers and then she wants to impeach Trump? These are our damn tax dollars.

And this and more are some of the reasons that Democrats are really pissed Hillary lost. The damn swamp is as deep as the Marianas trench. These Democrats are lying, cheating, thieving, losers and most of all hypocrites and lets not forget murderers that can’t get a job anywhere else. Why do you think they stay forever in congress?

Come to you from ihatebullshit.com.

This website uses cookies to improve your experience while you navigate through the website. Out of these, the cookies that are categorized as necessary are stored on your browser as they are essential for the working of basic functionalities of the website. We also use third-party cookies that help us analyze and understand how you use this website. These cookies will be stored in your browser only with your consent. You also have the option to opt-out of these cookies. But opting out of some of these cookies may affect your browsing experience.
Necessary Always Enabled

Any cookies that may not be particularly necessary for the website to function and is used specifically to collect user personal data via analytics, ads, other embedded contents are termed as non-necessary cookies. It is mandatory to procure user consent prior to running these cookies on your website.